What Are Pentagon's UFO Secrets? Report on 'Difficult to Explain' Sightings to be Unveiled 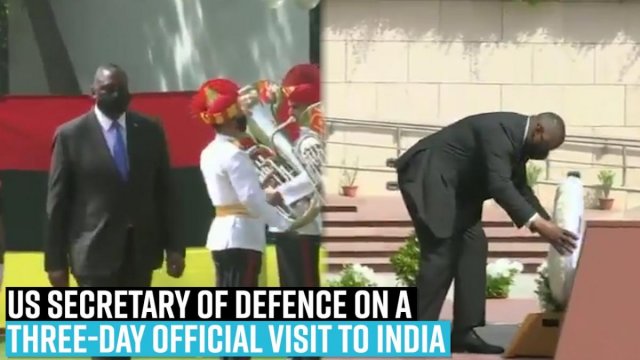 US Secretary of Defence on a three-day visit to India

US Secretary of Defence on a three-day visit to India

The Pentagon is all set to declassify its report on a number of "difficult to explain" UFO sightings that have either been picked up by satellite imagery or spotted by Navy or Air Force pilots. The details would be covered in an upcoming government report.

Last year the Defense Department had declassified three well-known UFO videos, while accepting that the videos were captured by US Navy pilots. The footage was taken in 2004 and 2015. After it was ascertained that the videos do not reveal any sensitive capabilities or systems," and "does not impinge on any subsequent investigations," the department had said in a statement.

Report Would include Declassified UFO Sightings

The recent update was given by John Ratcliffe, former Director of National Intelligence, during an interview on Fox News. On being asked about the UFO citing, Ratcliffe said that there are a lot more sightings than have been made public, some of which have been declassified.

"And when we talk about sightings we are talking about objects that have been seen by Navy or Air Force pilots, or have been picked up by satellite imagery that frankly engage in actions that are difficult to explain. Movements that are hard to replicate that we don't have the technology for. Or traveling at speeds that exceed the sound barrier without a sonic boom," he said.

Report to Be Released by June 1

The New York Post reported that the interview host revealed that upcoming report is expected to be released by June 1.

Talking about the UFO sightings at multiple locations across the globe, Ratcliffe said that the same goes beyond "just a pilot or just a satellite, or some intelligence collection."

"Usually we have multiple sensors that are picking up these things ... some of these are unexplained phenomenon, and there is actually quite a few more than have been made public," he said.

The outlet reported that former President Donald Trump had given a 180-day period to agencies including Pentagon to reveal the details about UFO sightings, after signing the $2.3 trillion COVID-19 relief and government funding bill in December, last year.

Stating that they had initially planned to release the report before the change of administration in January, Ratcliffe said that they weren't able to get it down into an unclassified format that they could talk about quickly enough.