Utah Surgeon Accused of Groping Patient While She was Unconscious During Surgery, Telling Staff Not to Report Him 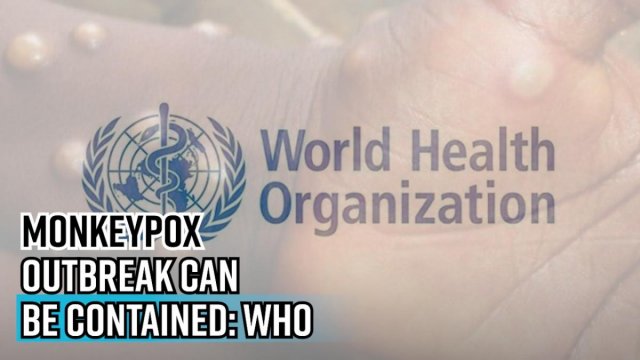 Monkeypox outbreak can be contained: WHO

Monkeypox outbreak can be contained: WHO

A Utah doctor is facing sexual battery charges over accusations that he grabbed a patient's breasts while she was unconscious during surgery at an Ogden hospital in October of last year.

Bryson Swain Smith, 65, was arrested on Thursday after he was reported by hospital staff over sexual comments and actions during the surgery, which took place on Oct. 11, 2021. According to charging documents, Smith was a neurosurgeon performing an "Anterior Cervical Decompression Fusion" surgery.

Smith Grabbed the Patient's Breasts, Made a 'Circular Motion' Over His Genitals

A nurse assisting with the surgery reported the alleged sexual The probable cause affidavit did not state when police received the report, but it said investigators interviewed multiple members of medical staff who were in the operating room at the time.

According to the nurse, the victim, an adult woman, was under anesthesia and was unconscious. The witness said that Smith changed was talking about "swinging" and being bisexual, where he said, "I swing both ways, which is why I can do this," grabbing both of the patient's breasts and making a "circular motion" over his genitals.

"The complainant stated that when this happened, no one in the room said anything, which he believed was due to the shock of witnessing Bryson squeezing the unconscious victim's breasts. The complainant said that Bryson eventually made a statement along the lines of, "Please don't report me" while shaking his head," the arrest report read.

A second witness who was in the room told investigators that Smith touched the unconscious woman inappropriately a second time. A third witness told police that while they were facing away from the operating table at the time, they heard Smith say: "Please don't report me to HR."

Smith was booked into the Weber County Jail and released on $1,000 bail. MountainStar Healthcare, which owns the Ogden Regional Medical Center, told FOX 13 News that Smith was not a direct employee but an "affiliated physician." The company provided the following statement:

"The hospital takes allegations of this type very seriously. Upon learning about this allegation involving an affiliated physician, the hospital immediately investigated and closely followed hospital policies and protocols, including notifying the patient and making reports to law enforcement and appropriate agencies. The physician is no longer a member of our medical staff."

Last month, a Brazilian anaesthetist was arrested after hospital staff filmed him sexually abusing a patient after sedating her during a C-section surgery.