Mike Pompeo Attacks WHO in UK Private Meeting, Says Organization is 'Too Close' To China 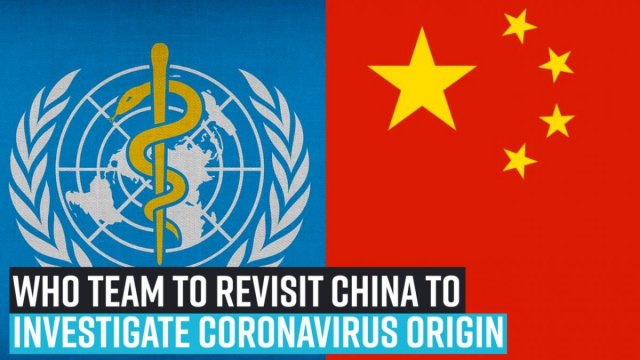 WHO Team to Revisit China To Investigate Coronavirus Origin

WHO Team to Revisit China To Investigate Coronavirus Origin

US Secretary of State Mike Pompeo has reportedly made some serious accusations against the World Health Organization (WHO) where he claimed that the largest health organization in the world was bought by China. The alleged accusation comes right after President Donald Trump's similar statement when he said China deliberately chose not to stop the spread of Coronavirus.

President Donald Trump has remained extremely vocal when it comes to WHO. Just like him, his Secretary of State also has now reportedly claimed that WHO has been bought by China and even suggested that this has led to the deaths of the British people.

Pompeo also held a brief press conference where he allegedly accused China of engaging in a cover-up and co-opting the World Health Organization by allegedly hiding the early details of the Coronavirus oubreak.

While talking about China and the Chinese Communist Party, he stated that "exploitation of this disaster to further its own interest has been disgraceful."

During a private meeting in the UK, Mike Pompeo further launched an attack on WHO and accused it of being bought by China and responsible for all the dead Britons. As per The Guardian, Pompeo told that WHO is a "political, not a science-based organization." He went on to attack current director-general Tedros Adhanom Ghebreyesus of being "too close" to China.

After Mike Pence's alleged remarks surfaced online, a spokesperson for the WHO responded by saying that the health organization is not aware of any such statement but they strongly reject these unfounded allegations.

Donald Trump's take on WHO

The relationship between the United States and World Health Organization deteriorated when President Trump terminated all ties with the health organization as he blamed it and China for all the deaths and economic destruction caused by the COVID-19.

"[WHO] they have failed to make the requested and greatly needed reforms, we will be today terminating our relationship with the World Health Organization and redirecting those funds to other worldwide and deserving urgent global public health needs," Trump said back in May as he suspended funding from the US government to the world health body.