Who is Swami Nithyananda? 9 questions on his Hindu Kingdom Kailaasa answered

Swami Nithyananda made headlines when a video showing him in a compromising position with an actress went viral in 2010. 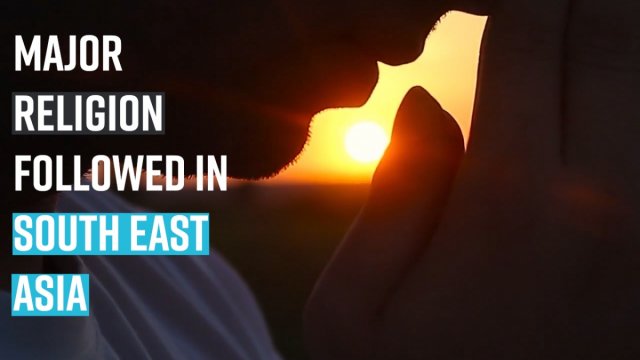 Self-styled Indian godman Swami Nithyananda, who is wanted in multiple cases including kidnap and rape, is making waves after he said he has established a 'sovereign kingdom' overseas. The godman, who escaped from the clutches of Indian authorities, has reportedly bought an island near Ecuador and formed a new 'Hindu sovereign nation' named 'Kailaasa'.

Though the exact location of the newly raised island nation is not disclosed, it is believed to be somewhere near Ecuador, in waters off Trinidad and Tobago in South America's west coast. The godman, who failed to appear in nearly 40 hearings in the cases filed against him, was out on bail after being arrested in a rape case. His Indian passport expired in September 2018 and has not been renewed since. Reports suggest that he escaped to Ecuador via Nepal.

What is Kailaasa, the Hindu Kingdom?

The official languages of the country are Tamil, English and Sanskrit. The Hindu kingdom has a population of 100 million Adi Shaivites and 2 billion practising Hindus. Nithyananda's country boasts of providing free universal healthcare, education and food.

Where can you find details about Kailaasa?

To provide more details about the mysterious nation, Nithyananda has set up a website. Kailaasa.org was registered in Panama with its IP located in Dallas in the United States. It was created on October 21, 2018. It was last updated on October 10, 2019. The website describes the country to be the greatest 'Hindu nation' without borders created by 'dispossessed Hindus from around the world who lost the right to practice Hinduism authentically in their own countries'.

The website has a special segment highlighting the achievements of the godman. Divided into six sub-categories, the section goes on to describe the disgraced godman as the incarnation of Paramshiva who is selected to revive the enlightened civilization.

Does Kailaasa have a government?

Kailaasa does have a government, the website says. The cabinet, headed by Prime Minister, includes departments of health, technology, enlightened civilisation, human services, housing, commerce and treasury. However, what catches the eye is the 'Department of Enlightened Civilisation' whose work revolves around reviving Sanatana Hindu Dharma. The Hindu nation will have a 'Dharmic Economy', and a Hindu Investment and Reserve Bank, where cryptocurrency will be accepted.

Who is Swami Nithyananda?

Dressed in saffron coloured robes and sporting long hair, the self-styled godman hails from Tamil Nadu in southern India. The guru made headlines when a video showing him in a compromising position with an actress went viral in 2010. It was soon after the viral video that stories of the alleged physical atrocities committed by Nithyananda upon his female devotees and kids under the garb of spiritualism surfaced, sending shock waves across the nation.

From rape to kidnap, what are Nithyananda's alleged crimes?

He was accused of raping a girl, his devotee, inside his ashram in Karnataka besides kidnapping and abusing minors in the ashram in Ahmedabad, Gujarat. Currently on a run from law agencies, the 'guru', with a million followers, has been charged under various sections of the Indian Penal Code including Sections 376 (rape), 377 (unnatural sex), 420 (cheating), 114 (criminal abetment), 201 (disappearance of evidence, giving false information) and 120B (criminal conspiracy). However, he failed to appear in more than forty hearings of his cases in the court.

Did he confine minors and abuse them?

Recently, the police rescued four minors who were illegally confined and abused, from his ashram in Ahmedabad in western India. In a complaint filed by Bengaluru-based Janardhan Sharma, he alleged that the godman had brainwashed his two adult daughters, turned them against the family, has sexually exploited them and has now, flown them abroad as well.

Can the Guru make animals speak in Sanskrit?

During his sermons to his disciples, Nithyananda stressed on his capabilities that defied the logic of science. In one of his sermons, he claimed that he would soon make animals such as cows, bulls, lions, tigers and monkeys speak in Tamil and Sanskrit.

What is the controversial 'science of third eye'?

Nithyananda has always claimed that he is master in 'science of third eye', a skill, that according to him, enables even children to see in spite of being blindfolded. His website has a very detailed version of his skill which is taught in all Nithyandanda gurukuls in India and abroad. However, his claims were quashed after one of his former devotees, Sarah Landry, said that the children who were presented before the devotees were brainwashed and tortured to lie in front of crowds.