The model showed that she could master even the most difficult poses while she was on holiday in Bali, Indonesia 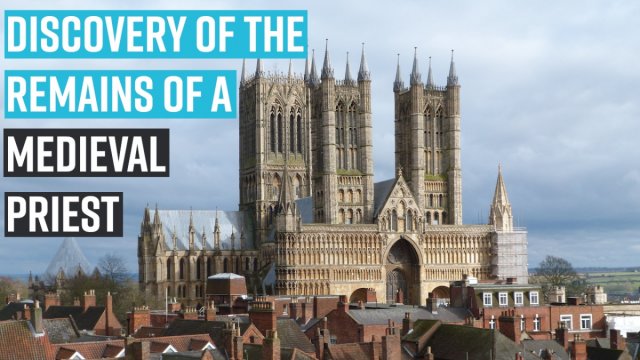 Discovery of the remains of a medieval priest

Discovery of the remains of a medieval priest

Victoria's Secret model Kelly Gale wowed her Instagram followers with a new picture where she masters a difficult yoga pose while wearing the tiniest of blue bikinis. In the caption, Kelly explains that doing more yoga was part of her New Year's resolution, and it seems as if she is already nailing her goals. The stunner is currently on vacation in Bali, Indonesia, to ring in 2020 with her boyfriend, 40-year-old actor boyfriend Joel Kinnaman.

In the shot, Kelly masters the one-legged Tadasana pose. The position not only helps strengthen her core, but also shows off an incredible figure to her 1.2 million followers. Her skin is sun-kissed from the bright Indonesian sun, and her beachy brunette waves cascade down towards the grass.

In keeping with the yoga theme, Kelly accessorizes with a simple gold ankle bracelet. Her bright blue bikini is a stunning shade and fits her body perfectly. The background is stunning, with green grass, bright pink flowers, and the blue oceans and sky beyond.

"More meditation and yoga in 2020," she writes in the caption, adding a red heart emoji.

The picture was wildly popular with her fans, earning over 32,000 likes.

Kelly has always been dedicated to fitness

It's not surprising that Kelly, whose body helped earn her a coveted modeling career at Victoria's Secret, has often discussed her passion for wellness and exercise.

"I started my day quite early with a workout alongside Michael Olajide at Aerospace before breakfast. It's always the first thing I do in the morning: If I don't have to work or travel, I usually go every single morning to box," she explained in an interview with Elle magazine.

But that's not all the exercise she gets. Kelly also admitted that she sometimes tries to get in an additional 8 kilometer run if she has the time. Kelly added that her favorite treat was raw dark chocolate. "I make sure to eat 30 grams of raw dark chocolate almost every dayâ€”it's one of the best snacks that's both delicious and guilt-free," she gushed.

This wasn't the first picture Kelly has posted from her trip

The blue bikini picture wasn't the only shot that Kelly has shared from her trip to Bali. She also floored her followers when she showed off her enviable figure in a brown bikini just days earlier. This time, she was not in a yoga position, but rather posed on her knees in the grass.

Kelly is no stranger to steamy photos. In fact, she has even posed topless on the social media site, with only her hands to preserve her modesty, as was previously covered by The International Business Times.

Read more
This article was first published on January 4, 2020
Share
Why advertise with us
READ MORE