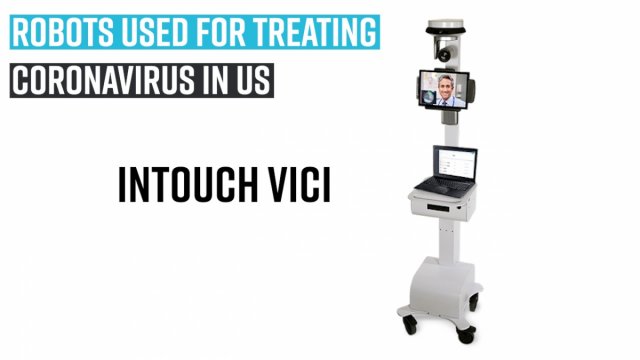 Robots used for treating coronavirus in US

Robots used for treating coronavirus in US

Presley Pritchard, a former firefighter paramedic has sued the Evergreen Fire Rescue (EFR) in Colorado after she was fired for posting pictures on her Instagram account, which are believed to be provocative as per the department. Pritchard alleged that she was targeted because "she is a young and attractive woman in a male-dominated field."

The 27-year-old self-proclaimed 'social media influencer', worked for three years in the Evergreen Fire Rescue before she was fired on 15th August 2019. In her case against the fire department, Pritchard alleged that she was a victim of discrimination due to her gender.

The former firefighter is charging EFR for loss of wages, time, money and emotional stress caused after she was wrongfully fired.

In her complaint, Pritchard also alleged that she had to battle gender related harassment at EFR. "Several male employees in the department have photos of themselves in uniforms and turnouts in front of fire trucks and at the department on their social media accounts."

"A male colleague had shared material recommending genocide on to his social media account but he was not reprimanded. I targeted due to how I looked in my gym attire at a public gym," she mentioned in her complaint.

Speaking to VICE, Pritchard who has close to 1 million followers on her Instagram page, said: "I'm a good medic, I'm a good firefighter! I've never, ever once been talked to about my actual job."

Talking about the harassment, she said: "It was just ongoing—they would call me in for everything. It was just always like walking on eggshells there. After someone complained that my standard-issue women's pants were too provocative, I actually got issued men's uniform pants. So I was like wow, fine, I'll wear men's pants! Are you serious? Am I supposed to leave my butt at home?"

Apart from posting pictures in her firefighting gear, Pritchard has posted a few pictures in sports wear while sweating out in the gym, and a few on the beach in swimsuit.

Defending their action, EFR who does not have social media policy, said that the former firefighter had posted some pictures from an accident site which lead to personal utilization of taxpayer money.

The department also alleged that Pritchard posted pictures taken in the Evergreen facilities which was later printed on T-shirts helping her make money. Denying the allegations, Pritchard said: "I'd be freaking rich if I made money from every post... They probably should have looked into how social media works before they say that, because it just makes them look really, really, really stupid."

Before removing Pritchard from the job, the EFR issued a five-day deadline to either remove the company-related posts or get fired from the job.

"It's just really, really hypocritical. It just sucks, because you see firefighters out here with these sexy firefighter calendars, and if females did that, they would literally be like, beaten to death. Everyone would call them sluts and whores. But it's OK for guys, just like how it was OK for every guy in my department to have photos of themselves at training," said Pritchard.