Coronavirus: Apple Stores in China reopen, those in Italy shut down 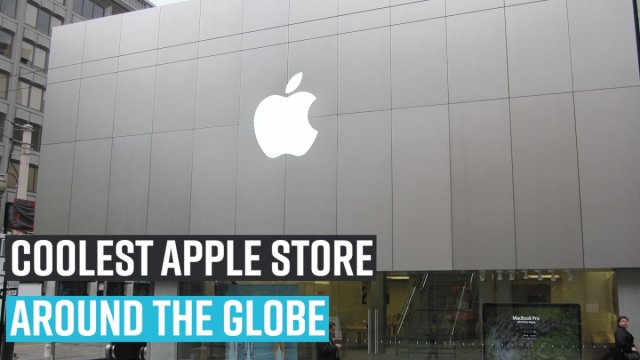 Coolest Apple store around the globe

Coolest Apple store around the globe

Over the past couple of months, Apple was forced to close down all its 42 Apple Stores in Mainland China in an attempt to help contain the spread of coronavirus.

However, now as the deadly outbreak seems to have eased to some extent in the country, the American tech giant has reopened all retail outlets in China, an Apple spokesperson said on Friday, March 13.

All Apple Stores in China reopen

The company's Chinese website listed the opening time of all the stores as varying from 10:00 am to 11:00 am local time. Apple stores in the Chinese capital reopened in February itself but were open only for a limited time.

Elsewhere, in Italy, Apple has decided to shut down all its 17 Apple Stores in the wake of the coronavirus spread and also in compliance with a national order that advises only essential public businesses like grocery stores and pharmacies to be open.

Apple is not encouraging customers to try Apple Watch, AirPods

The iPhone maker has also been asking its Apple Store employees globally to stop encouraging customers from trying out products like the Apple Watch and the AirPods as a precautionary measure to curb the spread, according to a Business Insider report.

The report, citing sources, familiar with the matter states that Apple Stores will still let you try out the Apple Watch or the AirPods if you insist. The report also claims that Apple has reduced the number of chairs and stools in Apple Stores in order to create or promote distance between customers.

Apple is also taking measures such as hiring more cleaning staff and installing hand sanitizer stations inside Apple Stores and also allowing employees to take sick leaves without it affecting their usual allotment.

A previous report suggested that the company was taking steps to limit crowding inside Apple Stores.

COVID 19 has been proliferating in all parts of the world over the past few weeks, especially in Europe. Italy, in particular, has been one of the worst affected, with at least 1,000 people dead due to the disease which has now been declared a pandemic by the World Health Organization. Worldwide, the death toll stands at more than 5,000 deaths and more than 135,000 cases of infection have been reported.