WikiLeaks Founder Julian Assange can be Extradited to US, Rules UK Court 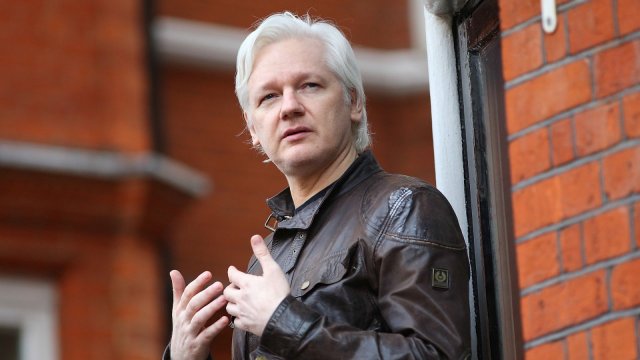 Judges in the UK, on Friday, granted permission to the British Government to extradite WikiLeaks Founder to the US. Earlier, Washington had made a request to London. Finally, the British Judiciary delivered the verdict, deciding the fate of the 50-year-old Australian editor, publisher and activist who had founded WikiLeaks in 2006.

However, he can appeal the ruling. WikiLeaks, the international non-profit organization, came to international attention in 2010 when it published a series of leaks provided by US Army intelligence analyst Chelsea Manning. His leaks included the Baghdad airstrike collateral murder video (April 2010), the Afghanistan war logs (July 2010), the Iraq war logs (October 2010), and Cablegate (November 2010). In 2019, the US Government charged him with espionage for his role in releasing hundreds of thousands of pages of classified documents via WikiLeaks. Since then, Assange has been fighting the US' attempt to extradite him from Britain.

Experts believe that the Judges' decision to reverse a lower court's ruling, which had ruled out extradition of the WikiLeaks to the US to face criminal charges, is a huge legal blow to Assange. He had told the lower court that prison conditions in the US could prompt him to commit suicide. Meanwhile, the judges have referred the case to the British home office.

The British judges accepted the US request after Washington assured the court that Assange would not face solitary confinement or supermax prison in Colorado. Instead, he could face possible prison term in Australia, if convicted. Assange, who has been staying in Ecuadorian embassy in London since 2012, face charges in the US, had faced similar charges in Sweden. In November 2010, Stockholm also issued an international arrest warrant for Assange over allegations of sexual misconduct. Ecuador granted him asylum in August 2012 on the grounds of political persecution, with Quito saying that if he were extradited to Sweden, then he would be eventually extradited to the US. Later, the Swedish authorities dropped the case against him.

In the lower court, Assange's lawyers had argued that their client could face "conditions of significant isolation" in US prison. Judge Vanessa Baraitser had accepted the argument, citing Jeffrey Epstein's 2019 death as an example. Despite taking preventative measures, the prison authorities were not able to protect Epstein from self-harm. This time, the British judges rejected the argument. Now, the British home office shall decide the timing of Assange's extradition.