Where And How To Watch Live The Thanksgiving National Dog Show 2021? 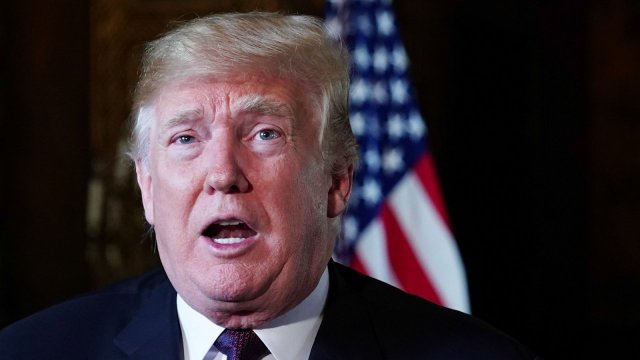 Donald Trump Says Hes Most Thankful For Himself On Thanksgiving

Donald Trump Says Hes Most Thankful For Himself On Thanksgiving

Who doesn't love dogs? Well, indeed, we all do. If you are a dog lover, then you are at the right place at the right time. This Thanksgiving, witness the 20th Annual National Dog Show at the Greater Philadelphia Expo Center in Oaks, Pennsylvania. In the United States, 25th November 2021 is commemorated as the 'Thanksgiving' day. Every year, the annual dog show competition takes place on this occasion as a part of a holiday custom.

You can also livestream the Show using NBC's website and the NBC app. These are available Roku, Apple TV and Amazon Fire.

The first national dog show, which was broadcast in 2002, started with 50 various dog breeds. Presently, you will catch sight of around 209 distinct breeds in toto. The 2021 national dog show will begin at 12 p.m. and ends at 2 p.m. The show will be hosted by O'Hurley and David Frei, who co-hosted this show in 2002. Along with the two gentlemen, the famous American sportscaster and Hall Of Famer, Mary Carillo, will be joining the hosting for analysis and background commentary.

All the viewers can enjoy watching the annual national dog show directly on the official website of NBC. You can also view this show on your smartphone on the NBC app. Some of the other devices you can watch this show on are Amazon Fire, Hulu Live, YouTube TV, and Apple TV.

In 2020, this dog show was conducted like a small event because of the coronavirus outbreak. There were no sponsors or visitors to applaud the performance of the dogs. As things have cooled down a bit with the pandemic so far, the Kennel Club again opened its doors to conduct the show. By keeping the Covid-19 situation in mind, this time, the show is only accepting 600 dogs. Generally, they used to introduce at least 2,000 dogs for the show, but this time, they have reduced the number because of the pandemic.

All the spectators must be inoculated, wear their masks, get their temperature checked before entering the show, and finally, abide by the social distancing norms. According to the Kennel Club President Of Philadelphia Wayne Ferguson statement, "The health and safety of everyone involved is our highest priority, and this is the best course of action as we join other events and venues in supporting the national effort."

The winner of the National Dog Show 2020 was Scottish Deerhound, under the name Claire. This dog has competed against 600 dogs of 196 distinct breeds in the previous year and was recognized as the top dog in the show by the American Kennel Club. Other than that, Claire has also won the "Best in show" title, said sources.