Volcanoes did not wipe out dinosaurs but asteroid did it finally, says Yale University team

Environmental impacts from massive volcanic eruptions in India in the region known as the Deccan Traps happened well before the Cretaceous-Paleogene extinction event 66 million years ago and hence, it did not contribute to the mass extinction of dinosaurs 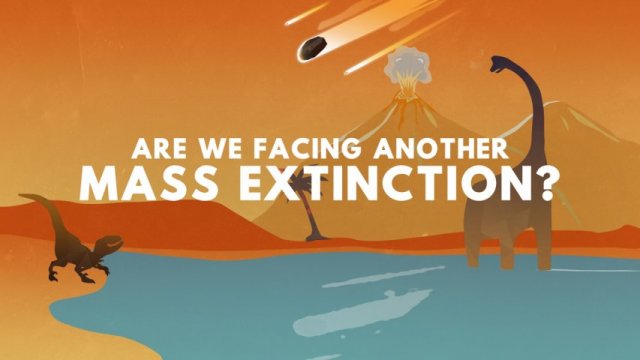 Are we facing another mass extinction event?

Are we facing another mass extinction event?

Volcanic activity did not play a direct role in the mass extinction event that killed the dinosaurs, but asteroids did, said an international Yale-led team of researchers, refuting recent suggestions that volcanic activities might have decimated the ancient creatures 66 million years ago.

In a new research paper published in Science, they argue that environmental impacts from massive volcanic eruptions in India in the region known as the Deccan Traps happened well before the Cretaceous-Paleogene extinction event 66 million years ago and hence, it did not contribute to the mass extinction of dinosaurs.

Yale assistant professor of geology and geophysics Pincelli Hull said, "Volcanoes can drive mass extinctions because they release lots of gases, like SO2 and CO2, that can alter the climate and acidify the world. But recent work has focused on the timing of lava eruption rather than gas release."

Otherwise, there is a consensus among most scientists that the mass extinction of dinosaurs, also known as K-Pg, occurred after an asteroid slammed into Earth. Some recent studies have focused on the role of volcanoes in K-Pg due to indications that volcanic activity happened around the same time.

In another study, published in the journal Proceedings of the National Academy of Sciences, Noah Planavsky, a former researcher at Yale, first suggested that the disruption of the food chain triggered a mass extinction event in the oceans and he called it "flash acidification" that transformed ecosystems for millions of years.

In order to prove the connection between this asteroid impact and marine extinction, Michael Henehan and his team analyzed stones from the Cretaceous period and found that these rocks carried thousands of fossil shells of marine plankton.

The researchers said during the time of this ancient asteroid impact, there was intense volcanic activity in ancient Gondwanaland or present-day India that emitted 200,000 cubic miles of lava but the Yale University researchers maintained that the acidification of the oceans was the result of an asteroid impact and not a volcanic eruption.

Hull and her team compared global temperature change and the carbon isotopes from marine fossils and said most of the gas release happened well before the asteroid impact.

"Volcanic activity in the late Cretaceous caused a gradual global warming event of about two degrees, but not mass extinction," said Henehan, who compiled the temperature records for the study. "A number of species moved toward the North and South poles but moved back well before the asteroid impact."

Explaining it further, Hull stated that many "people have speculated that volcanoes mattered to K-Pg, and we're saying, 'No, they didn't.'" Their study on the Deccan Traps in India has pointed to massive eruptions in the immediate aftermath of the K-Pg mass extinction. But it remained a puzzling question for scientists as there was no warming event to match.

Here, the new study suggests an answer to this puzzle citing volcanoes. "The K-Pg extinction was a mass extinction and this profoundly altered the global carbon cycle," said Yale postdoctoral associate Donald Penman, the study's modeler. "Our results show that these changes would allow the ocean to absorb an enormous amount of CO2 on long time scales â€” perhaps hiding the warming effects of volcanoes in the aftermath of the event."

Related topics : Archaeology
Share
Why advertise with us
READ MORE