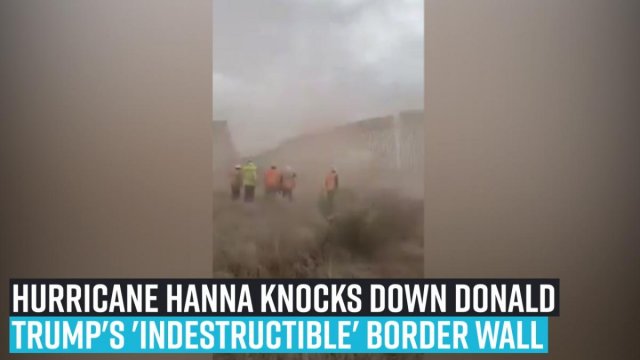 Nearly a week after Hurricane Ida made landfall in the US, Americans are still struggling to recover from its devastating impact. Despite the wrath of the hurricane, some Philadelphia residents were seen swimming in floodwaters. These images and videos are now being widely circulated on social media with officials warning the 'crazy' locals.

A viral video showed a man floating in a tube along the expressway, wearing a baseball cap and drinking what seemed like a cold beverage.

Another video shows a man climbing the fence of a highway overpass on 22nd Street in the Center City neighborhood. The man backflips into the muddy water and then swims away after the dive. He was seen risking his own health while executing the backflip. He is seen dressed only in swim trunks and swims away after completing the dive.

'Stay Out of the Water' and 'Get a Tetanus Shot'

More specifically, he said: "It's not something you want to go swimming in, or tubing in, or any of the other things we've seen folks do," before adding, "If you did that, I would certainly advise you to go get a tetanus shot, among other things."

Mayor Jim Kenney also chimed in with a few jabs. "Don't do stupid stuff," he quipped, while also suggesting social media was responsible for driving people to do things like this, reported Billy Penn.

Some netizens slammed the swimmers citing the safety reasons while others encouraged them to continue the fun activity. Erin Biba, Freelance Science Journalist, tweeted, "Yes this is a horrible idea. Flood waters are toxic. After every major flood there are people who die from runaway infections or flesh eating bacteria because they've come into contact with flood water."

Replying to her, one user wrote, "For sure. I clean stormwater runoff for a living and you definitely don't want to be swimming in it. There's also the potential for downed power lines..."

One comment read: "Not to mention all the actual crap in this water, this is a great way to end up with a spinal injury. You know what's under the surface on flooded highways? Vehicles, among other things." There was a bizarre comment which read, "It's ok, he was wearing a mask. No virus would dare mess with that."

One user twitted, "Yo! Learn from history man! Katherine Hepburn always regretted jumping in the Venice canals in 1955 for a movie scene. She hit an eye infection which lasted the rest of her life. One moment resulted in a 48-year infection."