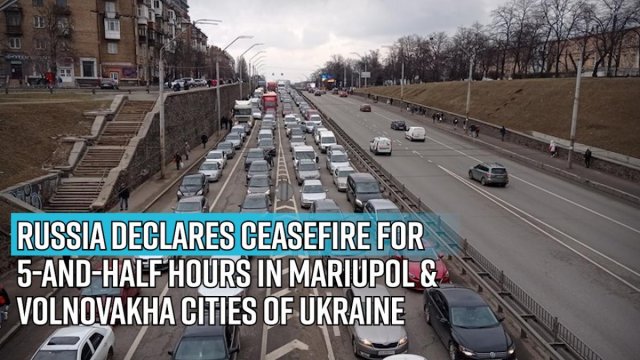 Russia has claimed that Ukraine is close to building a plutonium-based nuclear weapon and also maintained that the US has assisted them in this effort.

"In order to accelerate the research and development work, plutonium of the required quality was obtained from abroad at the initial stage. According to available information, the United States had already transferred this material to its partners. There is reason to believe that there was Washington's participation in the case of Ukraine," the source added.

But the government has said that it has no plans in joining the nuclear club.

The Russian media's unnamed source also stressed that in recent years Ukraine has been involved in stepping up exploration of deep layers in the territory of existing uranium mines and the development of promising uranium deposits in Nikolaev, Dnepropetrovsk and Kirovograd regions.

Russia also believes that Ukraine could have also covertly acquired technology from other countries specifically the West for centrifuge enrichment of uranium and laser isotope separation.

Earlier, Putin had said that Ukraine has been using the know-how for the development of its nuclear weapons.