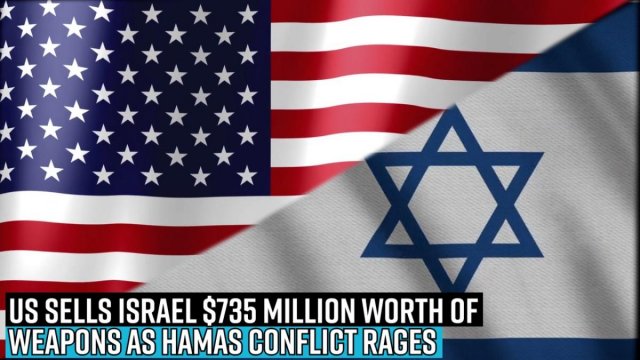 The United States brought together a wide swathe of Middle East nations in a broad alliance against Iran as part of efforts to set up a broad regional air-defense against Iran. The secret meeting was held at Egypt's Sharm El Sheikh, Egypt in March. The key participants in the eeting were Israel and Saudi Arabia. Senior military officials from Qatar, Jordan, Egypt, the U.A.E. and Bahrain also participated in the meeting, according to the Wall Street Journal.

Israeli and Arab military officials to discuss how regional countries could improve coordination between their air defenses against Iran's ballistic missile and drone capabilities, the Wall Street Journal has reported, citing sources said to be familiar with the talks.

The goal of the US-backed 'Middle East Air Defense Alliance' of the Arab countries is the successful interception of Iranian attempts to attack Israel and other countries in the region. The meeting agreed in principle on procedures for mutual notification of aerial threats. 'Non-binding commitments' on how each country's air defenses can tackle Iran's aerial threats were arrived at during the meeting.

The meeting has also spawned speculations if Riyadh is warming up to the idea of normalizing relations with Israel, though it has said earlier that any sort of formal ties with the Jewish state won't be established until the Palestinian problem is settled.

What the Allies Have

According to Sputnik News, officials from two Arab countries said it would be difficult for Riyadh to be part of a formal common air defense arrangement with Israel without first normalizing political ties with Saudi Arabia.

At the moment, the US is tracking the Middle Eastern airspace across from the Al Udeid Air Base in Qatar. Meanwhile, Saudi Arabia has 22 US Patriot batteries while the UAE has deployed Terminal High Altitude Area Defense (THAAD) ssytems. Israel boasts of its Iron Dome air defense system.