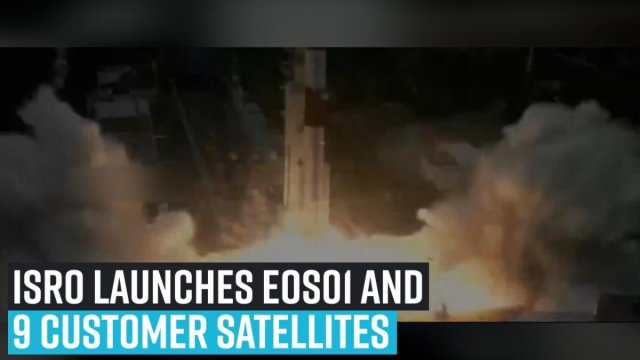 Democrat Joe Biden defeated Donald Trump to become the 46th President of the United States on Saturday. Biden officially declared victory in a moving speech on Saturday. In his first major national address as president-elect, the 77-year-old leader called for unity and cooperation from both sides of politics to face the challenges ahead.

Biden, in his first address, spoke on a vastly different vision from Trump. Biden used his address to pitch Americans a new vision: Stay away from bitter resentments and work to correct systemic racism and inequities. "I pledge to be a president who seeks not to divide but unify," Biden said, drawing a sharp contrast to nearly four years of Trump.

While the moving speech has definitely grabbed headlines, Biden introducing himself as "Jill's husband" is winning hearts on the internet, with many lauding the former Vice President on social media. Biden, who is known for his family-man image, thanked the entire nation and his family for electing him as the 46th president of the US in his speech.

"As I said many times before, I'm Jill's husband. And I would not be here without the love and tireless support of Jill, Hunter, Ashley, all of our grandchildren and their spouses, and all our family. They are my heart," Biden said while addressing the nation.

Another one tweeted, "I'm Jill's husband..." Biden is giving me "behind every strong man, is a stronger woman" vibes, and I stan."

While another user wrote, "I'm Jill's husband, and I would not be here with all of her love and support..." -President-Elect Joe Biden Imagine having a POTUS and FLOTUS that actually like and love each other again."

Another user proudly said, "That's my, that's our President, more years, happy ones. I'm so happy. Great run out there Joe. Great speech. Makes us feel good that we'll have such a great, wonderful, honest man, & Jill's husband, as our President. Thank you, President Joe Biden!"

"Watching the President-Elect gush about his wife & family and identify himself as "Jill's husband" is one of the most beautiful things. It feels good to have HOPE again and hear a unifying message from a leader. "We may be opponents but we are NOT enemies," wrote another happy user.

Another user tweeted, "He said, "I'm Jill's husband." He gave a shout out to African American voters. How can you not see who is the good guy here?! It's like we are being awakened from a nightmare for real. So much love and respect for family & community. #BidenHarris2020 #Biden."

In his speech, Biden also acknowledged the disappointment of Trump supporters, Biden said of them, "They are not our enemies. They are Americans."

"To those who voted for President Trump, I understand your disappointment tonight. I've lost a couple of elections myself. But now, let's give each other a chance," said Biden, whose previous two races for the office he's just won failed.

He delivered his first address at the Chase Center in Wilmington, Delaware, after Vice President-elect Kamala Harris, the first Black, South Asian, woman to be elected to the office, delivered a moving speech about breaking barriers and the power of immigrants.

The president-elect also specifically thanked and acknowledged Black voters. "The African American community stood up again for me. They always have my back, and I'll have yours," Biden said.

He directly addressed many other Americans whose communities have either been dismissed or openly attacked by Trump previously. "Progressives, moderates, and conservatives. Young and old. Urban, suburban, and rural. Gay, straight, transgender. White. Latino. Asian. Native American. I said from the outset I wanted a campaign that represented America, and I think we did that. Now that's what I want the administration to look like," Biden said.

In contrast to Trump, Biden also acknowledged the reality of the toll COVID-19 has taken on America, and the challenges ahead to deal with the ongoing pandemic. He also stated that he will form a group of pandemic-focused transition advisors, including scientists and public health advisors and experts, to "take the Biden-Harris COVID plan and convert it into an action blueprint that starts on January 20th, 2021."

Biden's victory comes nearly after three days of uncertainty as the election officials sorted through a rise in the mail-in votes that delayed the processing of few ballots. The Democrat crossed the 270 Electoral College votes with a victory in Pennsylvania.

Trump is the first incumbent president who lost re-election since Republican George HW Bush in 1992. However, it is not clear whether Trump will accept the defeat publicly. The Trump administration has been constantly criticized for its handling of the coronavirus pandemic.

Read more
Related topics : Trump vs Biden Us election 2020 Us election results
Share
Why advertise with us
READ MORE