Mining on Moon: NASA in Market for Lunar Rocks, to Pay up to $25,000 for Each Sample

To encourage commercial mining on Moon, NASA will pay up to $25,000 for each extracted lunar rock and even willing to bring the payload back to Earth 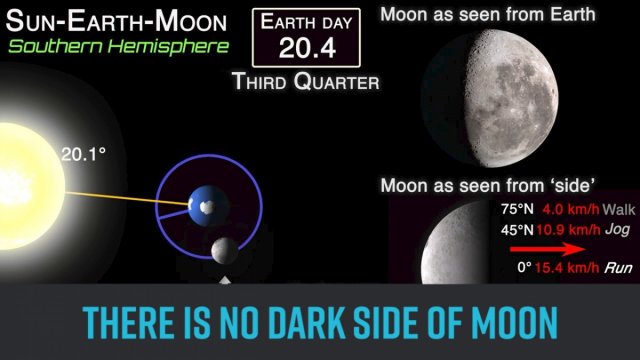 Are you interested in mining on the Moon? The National Aeronautics and Space Administration (NASA) will pay you anywhere between $15,000 to $25,000 for lunar rocks, the agency has announced.

However, this is definitely not for individuals who possess Moon rocks bought from an auction or even eBay. NASA through this proposal wants to attract companies to explore commercial mining on the Moon. Thus, it expects only commercial entities to go to the Moon and collect lunar rocks by 2024.

However, the companies must prove that they have collected lunar samples by sending pictures and data. NASA will do the rest by retrieving the rocks and bring them back to Earth. The company will then be paid up to $25,000 for each rock between 1.8 ounces to 18 ounces or 50-500 grams. NASA will also pay an advance of the amount while awarding the contract to a company.

NASA already has a large reserve of lunar rocks â€” 842 pounds or 382 kilograms â€” that were collected by Apollo Missions between 1969 and 1972. Thus, the proposed amount may seem meager when compared to the cost it takes to send a probe to the Moon. However, this new proposal is aimed at creating a lunar marketplace. Hence, the excess lunar rocks collected by companies could be sold to private buyers.

"Right now, we're trying to prove the concept that resources can be extracted, and they can be traded," said Jim Bridenstine, NASA Administrator. "And not just traded among companies or private individuals, but also among countries and across borders, private individuals in other countries."

The idea of commercial mining on space rocks and celestial bodies has been doing rounds recently. In 2015, the U.S. Government announced Commercial Space Launch Competitiveness Act allowing companies to extract and own materials from space. Earlier this year, the Trump administration issued more clarification on the idea through an executive order while NASA in May launched Artemis Accord aiming to set guidelines for space exploration utilizing Moon resources.

However, not every country is on board with the idea of space mining. Notably, China and Russia have their reservations against commercial mining on space rocks. While China has toned down its argument against the idea, Russia has not. The Director of Roscosmos rejected the idea when the Artemis Accord was published.

Despite the criticism, NASA is eager to explore the concept before it sends the first woman and the next man to the Moon through Artemis Mission in 2024 and to Mars in the future. NASA has already given out contracts to private entities such as SpaceX, Blue Origin and Dynetics for lunar landers while it has also enlisted other companies for delivering payloads to the Moon. The aim is to have a long-term presence on the Moon rather than short trips.

Through that, it can utilize resources on the Moon to prepare a base that would support the future manned Mars mission. "Next-generation lunar science and technology is the main objective for returning to the Moon and preparing for Mars. The ability to conduct in-situ resource utilization (ISRU) will be incredibly important on Mars, which is why we must proceed with alacrity to develop techniques and gain experience with ISRU on the surface of the Moon," said Bridenstine.