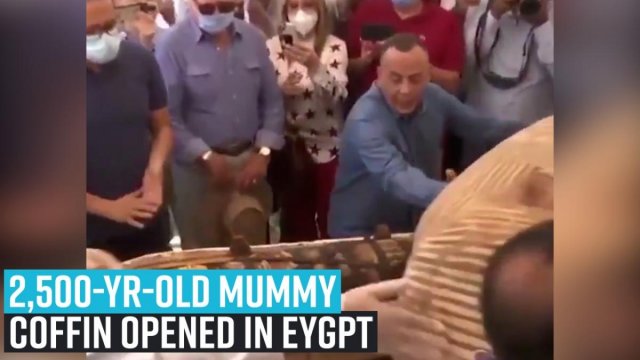 The holiday season is just around the corner and it seems like American singer-songwriter Mariah Carey has preparations well underway. The R&B star is all set to treat her fans this Christmas with her upcoming AppleTV+ production titled 'Mariah Carey's Magical Christmas Special'.

The Christmas special is coinciding with the 26th anniversary of her iconic carol and one of the biggest hits of her career 'All I Want for Christmas is You.' According to People, the highly-anticipated AppleTV+ project will feature multiple surprise guests to celebrate the spirit of Christmas.

Teasing her fans about the host of surprise guest appearances, the singer took to Twitter and posted a photo from the production set where three director chairs can be seen placed next to each other printed with the initials "AG," "MC," and "JH." Keeping the rest of the details under wraps, she simply captioned the picture with a Christmas tree emoticon referencing to her upcoming special.

Since being shared on the micro-blogging website, the post has garnered over 78,000 likes and more than 28,000 retweets. Carey's post has sent her fans into meltdown as they are convinced that she is collaborating with Ariana Grande and Jennifer Hudson for the Christmas special.

Netizens took to Twitter to solve the mystery behind the initials. One user wrote, "Mariah Carey, Jennifer Hudson, and Ariana Grande knowing they're going to bless the Christmas holidays."

Another one tweeted, "if this is Ariana and Jennifer Hudson it's actually gonna be INSANE. three of the best vocalists of all time."

Another excited user tweeted, "Stg if we're getting a All I Want For Christmas remix with Ariana Grande and Jennifer Hudson I'm deleting life."

One person wrote, "OMG if we get Ariana Grande , Jennifer Hudson on Mariah Carey Christmas collaboration." Another one tweeted, "WE'RE GETTING MARIAH CAREY, ARIANA GRANDE, N JENNIFER HUDSON IN A CHRISTMAS SONG TOGETHER IM SCREAMING."

However, despite the eagle-eyed fans guessing the initials, neither Grande nor Hudson have dropped any hints on their own social media accounts yet. The news of Carey's Christmas special was confirmed back in August ahead of the release of her New York Times bestselling memoir titled 'The Meaning of Mariah Carey'.

The AppleTV+ special will entertain the viewers with music, dancing, animation as well as a line-up of surprise guest appearances. According to the official details from Apple, the event will be directed by BAFTA Award winner Hamish Hamilton and Oscar nominee and Golden Globe winner Roman Coppola.