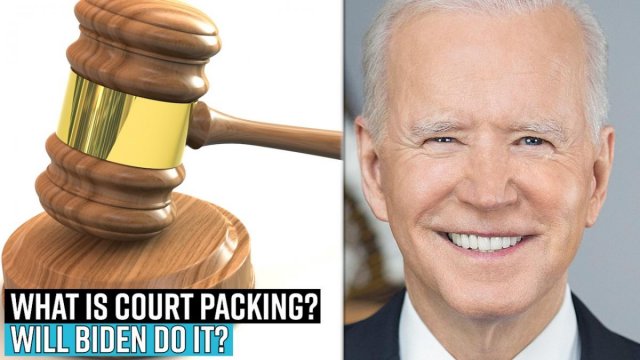 The nomination of Judge Ketanji Brown Jackson to the Supreme Court by US President Joe Biden has stirred up a hornet's nest as the Republicans have alleged a close connect between the nominee and the "dark money" group.

The influential "dark money" group and associated political committee had advocated for adding four new seats to the high court, according to reports. Also, they had carried out agitation for months pressing for the retirement of Justice Stephen Breyer so as to facilitate President Joe Biden to honor his commitment for nominating the first Black woman to the Supreme Court.

A year ago, the group dispatched a billboard truck emblazoned with the words "BREYER, RETIRE" to circle the Supreme Court and send its eldest justice a less than subtle message.

'Dark Money' in US politics refers to the spending by non-profit organizations wherein there is no disclosure of the donors or the root sources of the funding.

Jackson Comes On the Firing Line Of Senators

A senior senator Chuck Grassley, from Iowa, in his comments carried in, the Guardian portrayed the nominee as a darling of progressive "dark money" groups which he claimed were "soft on crime" at a time when violent crime was sweeping big cities.

However, Jackson in her remarks stated: "While I dedicated my career to ensuring that the words engraved on the front of the Supreme Court building, 'equal justice under law' are a reality and not just an ideal. Thank you for this historic chance to join the highest court, to work with brilliant colleagues, to inspire future generations and to ensure liberty and justice for all."

Social media has become a part of the ongoing war of words in support of and against Judge Jackson.

A Twitter user expressed, "Judge Ketanji Brown Jackson has a history as some other judges confirmed by the US Senate of giving child pornographers lighter sentences than the federal guidelines mandates. Sounds rewarding this disgrace to the bench with a seat on SCOTUS is a screwed up idea."

"Who Is Ketanji Brown Jackson, Biden's Supreme Court Nominee? - AMAC - The Association of Mature American Citizens https://amac.us/who-is-ketanji-brown-jackson-bidens-supreme-court-nominee/... Supports abortion, early violent criminal release & all those issues tearing down America. It's not about color - it's about Character â€“ MLK", stated another tweet.