How Was Colombia's Most Wanted Drug Lord Otoniel Caught?

Colombian drug lord Otoniel used a network of rural safe houses to move around, did not use a phone, and relied on couriers for communication. 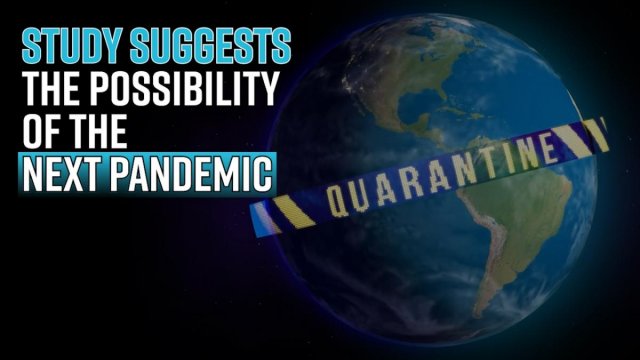 Not just Covid, study suggests possibility of next pandemic

Not just Covid, study suggests possibility of next pandemic

Colombia's most-wanted drug trafficker 'Otoniel' was caught on Saturday, October 23, in a major victory for the government. The Colombian drug lord, Dairo Antonio Ãšsuga, better known as 'Otoniel' headed the country's largest narco-trafficking gang known as the 'Gulf Clan'. The government had placed an $800,000 reward for information about Otoniel's whereabouts, while the US placed a $5M bounty on his head. Otoniel was seized after a joint operation by the army, air force, and police on Saturday. He was captured in his rural hideout in Antioquia province in Necocli, near the border with Panama.

"This is the hardest strike to drug trafficking in our country this century, " Colombian President Ivan Duque said in a statement after Otoniel's arrest. He added that the arrest was "only comparable to the fall of Pablo Escobar in the 1990s". Otoniel is facing a number of charges, including sending shipments of cocaine to the US, killing police officers, and recruiting children.
He was indicted in the US in 2009 and faces extradition proceedings, which could see him eventually appear in court in New York.

How was Otoniel caught?

The operation involved 500 soldiers backed by 22 helicopters, who were deployed in the Necocli municipality. One police personnel died during the operation. Otoniel's location at the time of his capture was reportedly pinpointed two weeks ago. Colombia's police chief Jorge Vargas said in a press conference that authorities carried out "an important satellite operation with agencies of the United States and the United Kingdom".

Otoniel, who used a network of rural safe houses to move around and evade the authorities, did not use a phone and relied on couriers for communication instead. Colombia's armed forces later released a photo that showed its soldiers guarding Otoniel, who was in handcuffs and wearing rubber boots. There were several huge operations involving thousands of officers to capture the 50-year-old drug lord in recent years, but none succeeded until now. Otoniel had even announced his intentions to reach an agreement to participate with the Colombian justice system in 2017.

Otoniel was the leader of the Gulf Clan that was previously known as the Usuga Clan. Gulf Clan was previously headed by Otoniel's brother, who was killed by police in a raid on a New Year's Eve party almost 10 years ago. Otoniel took over the clan after his brother's death. Gulf Clan was labeled as the country's most powerful criminal organization by the Colombian security forces. US authorities, on the other hand, described it as "heavily armed [and] extremely violent".

Gulf Clan operates in many provinces and has extensive international connections. It is said to be involved in drug and people smuggling, illegal gold mining, and extortion. The gang is believed to have about 1,800 armed members, who are mainly recruited from far-right paramilitary groups. Members have been arrested in Argentina, Brazil, Honduras, Peru, and Spain. Gulf Clan controls many of the routes used to smuggle drugs from Colombia to the US, and as far away as Russia. The Colombian government blames the group for being one of the main steerers of the worst bout of nationwide violence since the signing of a peace pact with FARC guerillas in 2016. Colombia is the world's top producer of cocaine, with the United States as its main market.