Ronaldo can be seen with his head down and walking toward the tunnel and didn't appear much excited after the win. 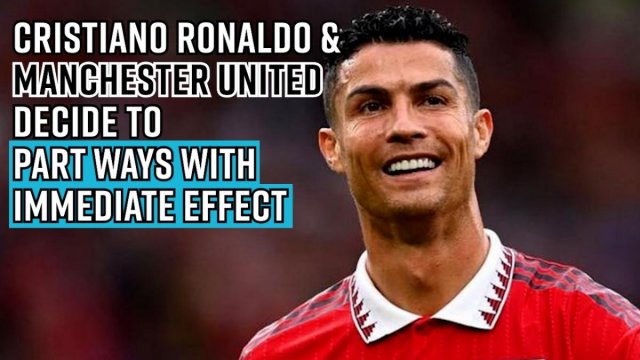 Cristiano Ronaldo cut an isolated figure as he walked off the pitch while his teammates continued to celebrate Portugal's stunning 6-1 win over Switzerland at the Qatar World Cup on Tuesday. Ronaldo was the first man to make his way to the dressing room following the game, after having been dropped by coach Fernando Santos.

He was caught on camera standing all alone and then taking a slow walk down the tunnel all alone, while his teammates remained on the field to celebrate. The 37-year-old was dropped to the bench for tactical reasons according to Santos, with 21-year-old replacement Goncalo Ramos scoring three times in their stunning win against Switzerland.

In a video clip that was released following Portugal's rout of Switzerland at the Lusail Stadium, Portuguese players can be seen cheering on the field after an outstanding performance. Ronaldo, though, is seen moving slowly away from his teammates and toward the Portuguese tunnel across the field.

The 37-year-old then leaves the field all alone, and noticeably his teammates do not follow him as they revel together in victory.

Ronaldo can be seen with his head down and walking toward the tunnel and didn't appear much excited after the win. However, the former Manchester United striker looked quite happy cheering his team while he was seated in the dugout during the match.

Things suddenly changed as he wasn't also seen talking much with his teammates after the match got over.

The match against Switzerland was also the first time he has not started a game at a major tournament since 2008.

The fans were baying for Ronaldo to be brought on and eventually got their wish as he played the final 17 minutes. However, Portugal by that time had already scored five goals, and his introduction appeared to be more to make the crowd happy.

When the five-time Ballon d'Or winner entered the game in the 73rd, the atmosphere immediately changed. talkSPORT co-commentator for the match, England legend Stuart Pearce, said: "This game turned into a testimonial when he came on. The crowd were shouting for him to come on... but that's not what the World Cup is about."

The five-time Ballon d'Or winner was undoubtedly the subject of much of the discussion regarding Portugal's matchup in the round of 16 before the kickoff as debate started over his exclusion from the team. Some, like Jamie Carragher, believed that his exclusion was due to his subpar results in the competition thus far.

Ronaldo became the first male player to score in five World Cup competitions but his lone goal came from a penalty in the victory against Ghana.

Interestingly, with an average rating of 6.37 across his three matches, he was ranked first in Sofascore's worst team of the group stage ratings. Others, however, have drawn attention to the fact that Ronaldo and coach Santos looked to have spoken after Ronaldo was hooked against South Korea in Portugal's last group match.

Santos left the player out of his starting XI just one day after insisting he "didn't like" Ronaldo's angry reaction to being taken off in the 2-1 defeat to Son Heung-min's side.

However, after the victory over Switzerland, he asserted that Ronaldo's benching was motivated more by tactical reasons than by his behavior during the substitution against South Korea.

However, the video clip hints at a different story the growing distance between Ronaldo and his team.