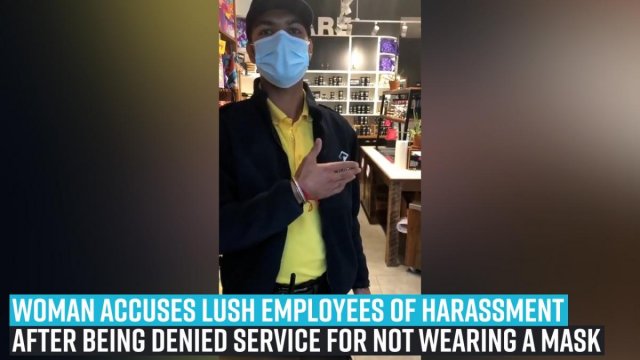 As tropical storm Beta is fast approaching the US Gulf Coast at an accelerated speed, authorities have issued voluntary evacuation orders and a storm warning in parts of Texas. The current projection shows that Beta will start approaching the lower Texas coastline by late Sunday evening, NHC said.

The voluntary evacuation orders were issued in Galveston County and the cities of Galveston and Seabrook. According to the National Hurricane Centre (NHC), Beta was strengthening in the Gulf of Mexico, 495 km east-southeast of Corpus Christi, Texas, and 395 km south of Lake Charles, Louisiana as of Saturday.

Beta's exact path is still uncertain but coastal flooding from storm surge and inland flooding from heavy rain are possible for some areas in Texas. The weather forecast showed increasing risk of heavy rain and flooding along the northwest Gulf Coast on Sunday through the middle of next week, as Beta is expected to retreat slowly along offshore of the coast.

The 2020 Atlantic hurricane season has been a busy one and the last name of this hurricane season was already claimed on Friday, forcing new list of names. As Subtropical Storm Alpha formed near the coast of Portugal, it has become the first named storm using the Greek Alphabet list. The only other time storms reverted to the Greek alphabet was in the record-breaking 2005 hurricane season.

Meanwhile, hurricane Teddy, which was centred 828 km/ph southeast of Bermuda, remained a powerful storm, with maximum sustained winds at 193 kmph and moving northwest at 22 kmph.

"Teddy remains a powerful category 4 hurricane with a well-defined eye and intense eyewall," said John Cangialosi Senior Hurricane Specialist at NHC in Miami. "There have been occasional dry slots that have eroded some of the convection in the eyewall and rain bands, but these seem to be transient."

The NHC issued key messages for Teddy, including its forecast track and the ocean swells. It said Teddy is expected to approach Bermuda as a hurricane this weekend and make its closest approach to the island late Sunday or Monday (Sept. 20 or 21).

Large swells produced by Teddy are expected to affect portions of the Leeward Islands, the Greater Antilles, the Bahamas, Bermuda, and the southeastern United States during the weekend, causing life-threatening surf and rip current conditions, NHC said.