Who is Whitney Leavitt? Mom Posts Shocking TikTok Video of Herself Dancing Next to Hospitalized Baby [WATCH]

The mom, Whitney Leavitt posted the TikTok video on a lighter mood but her actions didn't go down well with many, living social media users divided. 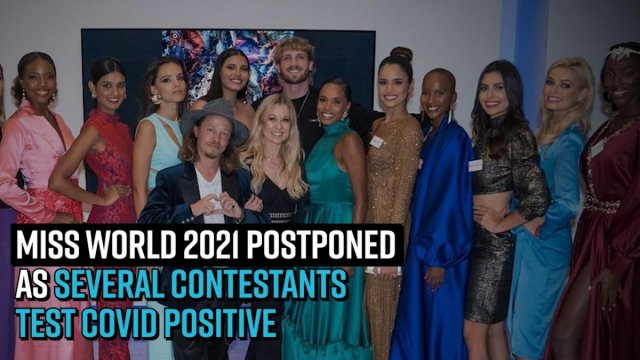 A mom is getting slammed for doing a wild dance on TikTok next to her baby who is suffering from a respiratory virus and is admitted in hospital. While there is nothing wrong in the dance, the mom is drawing criticism for being insensitive at a time when her baby is ailing.

The mom, Whitney Leavitt posted the TikTok video on a lighter mood but her actions didn't go down well with many, living social media users divided. People have seen been slamming her saying that she shouldn't have done such a dance given that her baby was fighting for her life.

Popular family TikToker Whitney Leavitt's (@whitleavitt) son has been ailing with a respiratory virus for while and was admitted to the hospital. The video shows Leavitt giving her ailing son Lee a kiss on the side of his forehead and making the heart sign with her fingers.

She then breaks into a high-energy TikTok dance, with detailed text accompanying the video that explains the situation. As she breaks into dance, the screen reads, "Lil lee was taken in cause of low oxygen, he tested positive for RSV, waiting for him to breathe better on his own."

The video was posted in response to one of the well wishers asking Leavitt how her son was and sent her "prayers." However, instead of sending a simple reply Leavitt posted the video with her dancing to explain the situation.

This didn't go down well with many as they have since been calling her insensitive as a mother given that her son is not the best of his health.

The video has received over 1.6 million views in less than 24 hours, with most people slamming her. Leavitt has since made the video private, but reuploads of the TikTok have been posted on Reddit and Twitter.

However, those who have watched Leavitt's earlier videos understand the situation. Leavitt is known for uploading TikTok videos where she is always full of energy and often breaks into a dance to explain a situation. She was doing it this time too but the video unfortunately reached to a more expansive audience who are not acquainted with her style.

Actually, most people who were taken aback by the mismatch of the high-octane dance and facial expressions paired with the serious situation of having a hospitalized baby fighting for his life.

"Why do people answer delicate questions while dancing... this is the one that will be the hardest trend to explain in the future," wrote another user.

"I'm sorry this sent me to another dimension," another said.

"TikTok is a wild place," a viewer stated.

However, many of her fans also defended her for staying positive even at the time of crisis . "Whats with the comments "baby dying and ur dancing?" Girlll what u want her to do? she aint no doctor," one person said.

"People cope in diff ways... sh. Like she is trying to be positive her whole page is dancing," another person wrote.

Somme also pointed out that the baby was likely okay by that point since he wasn't fussy and had a device to help him get extra oxygen. "Her baby is clearly not struggling with O2 sats anymore, he has a nasal cannula on and is content," one viewer wrote.

Leavitt is yet to respond with another video.