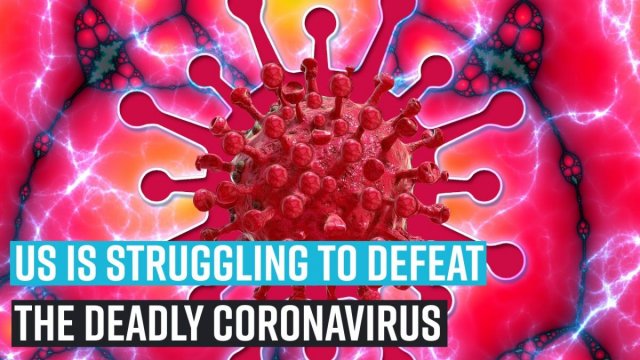 The Novel Coronavirus has already infected over 143,025 people in the US and claimed more than 2,000 American lives as cases surge across the country. Even though the US has better healthcare facilities and infrastructure compared to so-called third world countries, the experts have claimed that they are expecting the situation to get worse in the coming days.

A top expert on infectious diseases said on Sunday, March 29 that based on simulation models, US could witness 100,000 or more deaths from the novel coronavirus.

US battling against Coronavirus

On Sunday the US President Donald Trump said during a White House briefing that the peak death rate in the country from the Coronavirus pandemic is likely to hit in two weeks. He also extended social distancing guidelines until April 30 considering the growing infection rate in the country.

Dr Anthony Fauci, who is the key member of the White House's Coronavirus task force, said, "Whenever the models come in, they give a worst-case scenario and a best-case scenario. Generally, the reality is somewhere in the middle. I've never seen a model of the diseases that I've dealt with where the worst case actually came out. They always overshoot."

US' struggle to defeat COVID-19

It should be noted that the comments from Fauci came after the number of reported Coronavirus deaths doubled to more than 2,000 nationwide in just two days. During the White House brief, US President said based on models that the COVID-19 outbreak could bring 100,000-200,000 deaths in the US, the Trump administration would "have done a good job."

Fauci and White House coronavirus response coordinator Dr Deborah Birx had given a strong presentation with the newly introduced models that showed 100,000 to 200,000 people in the US could die, said a source familiar with the President's decision, reported CNN. But there are still concerns among some White House sceptics that these models could be wrong, said the source.

US Coronavirus under control?

Neither the numbers nor the experts had claimed that the COVID-19 situation will get better in the next few days. But it is true that since the beginning of the Coronavirus spread in the US, in several press conferences President Trump repeatedly claimed that during the summer, the situation will be under control as the warmer weather will help to defeat the virus.

However, along with other experts, Fauci stated that the crisis will get worse before it improves and the current uptick in cases has caused severe supply shortages for US hospitals, especially in New York, which has reported the highest number of infection cases compared other states. It can be expected that considering the current situation caused by the deadly virus, several hospitals around the country could run out of beds within two weeks.

Even though experts claimed that US has been recording more COVID-19 cases due to the availability of the tests, it cannot be overlooked that at the initial stage of the outbreak when US intelligence tried to warn Trump administration, they overlooked the threat. If the US Government had paid attention to these reports, it would have helped the country to slow down the spread of the pathogen.

Trump administration is also under continuous criticism for the poor efforts to handle the outbreak. Many health officials and nurses are currently opening up about the horrible conditions in US hospitals. Some of them also revealed that in the middle of this crisis they don't have enough equipment to safeguard themselves from the virus as well as to treat hundreds of COVID-19 patients in the US.