While over 14 million people got infected by the Coronavirus, the world has started to notice similarities between Spanish Flu and Covid-19 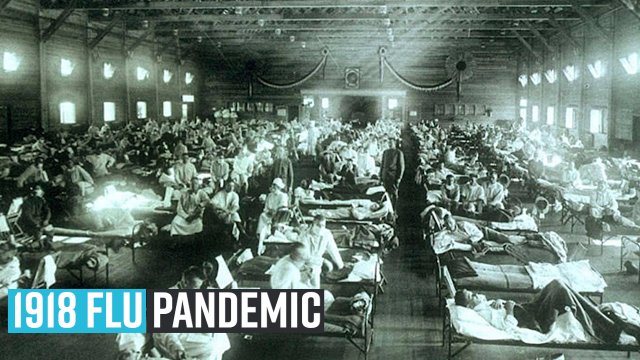 Started in China just like any other disease, the novel Coronavirus has made its way to other countries, within a few months. Now, countries like the U.S., Brazil, India, Russia, and South Africa are struggling to curb the rapid spread of the disease. But researchers familiar with a devastating health crisis that occurred 102 years ago point out similarities between the two pandemics and people's reaction.

It was Spanish Flu that actually originated in Kansas' Fort Riley and swept across America and the world. But research published in 2005 suggested that it actually originated in New York. However, the disease was spread by American soldiers first in the country, and then across the Atlantic, causing almost 50 million worldwide fatalities. After originating from the U.S., within months one-third of the world population got infected by the disease.

Now, 102 years later, the world is witnessing a similar threat, COVID-19, which has killed over 617,200 people and affected almost 15 million people worldwide. Even though the Coronavirus mortality rate is lower than the 1918 Spanish Flu, there are several startling similarities that can not be overlooked, at least not now.

In March 1918, the first cases of Spanish flu were reported with 100 soldiers experiencing an unknown flu-like illness. Despite that by May, thousands of soldiers from the U.S. had traveled across the country and deployed to Europe for World War I. Living in proximity inside the transport ships and the trenches of Belgium as well as France, among others, fast-tracked the spread of the disease.

Later, in September, another wave of the flu emerged at Boston military facility and within months millions of people died. Next month the virus killed 195,000 Americans. It is noteworthy that there were no diagnostic tests, no vaccine, no anti-virals, no antibiotics, and no ventilators in 1918-19.

Available unproven remedies and supportive care turned a daunting task for healthcare workers to curb the rapid spread of the disease. It was noticed that the mortality rate was higher in people younger than five and 65 years or above. Then again in 1919, after the end of the war, the third wave of influenza occurred in the winter and spring that killed many more. It was only by summer that the virus had finally died down.

How Can We Not See These Similarities?

The Coronavirus virus outbreak first reported in China's Wuhan city in December 2019. On January 13 the first case of Coronavirus outside China was reported. It was a 61-year-old woman from Thailand who had returned from Wuhan. On January 21, the Centers for Disease Control and Prevention in the U.S. announced the first case of the COVID-19 in the country and soon the infection reports started to come from several countries.

After China imposed a lockdown in Wuhan, the epicenter shifted to Europe, and when all the European nations announced travel restrictions along with stay at home orders, the virus started spreading rapidly in the U.S., which is currently its top victim.

In China, the vast majority of COVID-19 cases were reported among those aged between 30 and 79, according to China's Center for Disease Control that has collected the data from all 72,314 victims diagnosed with Covid-19 as of February 11, 2020.

As per the World Health Organization (WHO) research indicates that children and adolescents are just as likely to become infected as any other age group and can spread the disease, while reports revealed that half of all the people with confirmed COVID-19 cases, admitted to critical care units in England, Wales and North Ireland, were 60 years of age and half were younger, as of May 15 but majority of them over 50.

During the Spanish Flu medical facilities overwhelmed as cases started to increase due to unavailability of any vaccine or any kind of treatment apart from unproven remedies. Such issues are being faced even today in the midst of the COVID-19 pandemic, even though doctors are using many experimental drugs and treatments. Even several experts earlier claimed that until a vaccine is developed, the fight against novel Coronavirus would extremely be difficult.

In the U.S., a public health order from the City of Cleveland during the 1918 pandemic may also sound familiar to many 102 years later that included closure of churches, schools, libraries and theaters, no wedding ceremonies, or crowded restaurants. The decades-old orders sound too familiar in 2020 as officials ask people to stay inside and avoid gatherings to slow down the spread of the coronavirus.

An image of those restrictions announced in 1918 was shared by Case Western Reserve University's Encyclopedia of Cleveland History here:

The university said, "A concern about a shortage of beds for patients was answered by using other spaces in the city including the Cleveland Normal School and the local headquarters of the Liberty Loan war bond drive. The operating hours of local businesses were further shortened."

Currently, several hospitals not only in the U.S. but also in other hard-hit countries facing the same issue as the Coronavirus cases are continuously rising. Recently, John Grabowski, a professor of history at Case Western and editor of the encyclopedia, cautioned against making a "one-to-one comparison," and said, "History doesn't repeat itself. Patterns repeat themselves."

In 1919 as another wave of the diseased occurred with colder weather, CDC Director Robert Redfield earlier claimed that the most likely second wave of the novel Coronavirus would hit the U.S. this winter in conjunction with the flu season to make for an even more dire health emergency in the country.