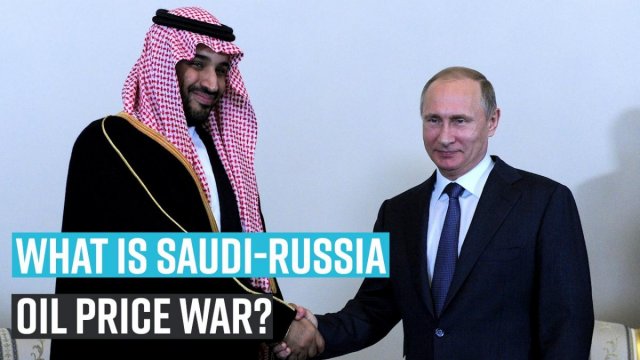 What is Saudi-Russia oil price war?

What is Saudi-Russia oil price war?

India and China are diligently taking the wind out of the US sails by consuming greater quantities of Russian oil than ever before. In that process New Delhi and China are defying US pressures to shun trade with Moscow and denying the West the policy hegemony it thinks it is entitled to.

On the other hand, China has always been a huge-volume Russian oil consumer. China was the largest single buyer of Russian oil in 2021. Beijing bought some 1.6 million barrels per day in the last year. The volumes have only increased since the war.

In May, reports said China was looking to reload its crude oil stockpiles by buying more Russian oil. By strengthening its energy ties with Russia, China is serving the dual goal of replenishing its own crude reserves and beating back the European threat to destroy Russia's crude oil industry.

The West has rolled out a stern oil embargo hoping that it will effectively force force Russia into submission as Moscow is seen struggling to find buyers for its crude due to perception issues in the wake of the Ukraine war.

However, energy hungry Asian giants India and China have played the situation to their advantage, and have in effect trashed the West's threats and grandstanding on the Ukraine war. Indian Foreign Minister S Jaishankar exposed the Western doublespeak when he said the West is still buying gas from Russia while exhorting the Asian nations to shun Russian oil.

The West can dispense with Russian oil, but not Russian gas, hence the double speak, the Indian top diplomat pointed out as he clearly demonstrated that the Europeans are funding the Russian war against Ukraine in a far greater measure than the Asians.