President Alexander Lukashenko, who has been in office since its inception 26 years ago, proscribed the demonstrators as 'rats' 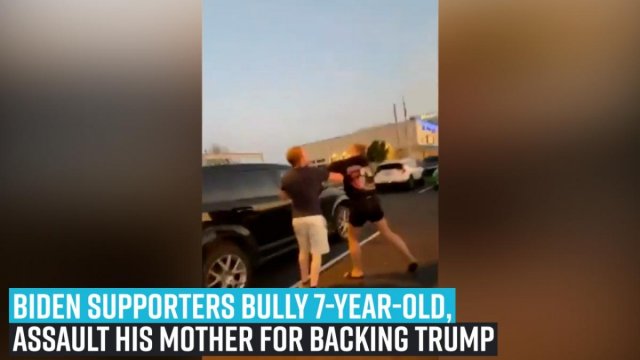 Thousands of protesters defied military warning to throng the streets of Belarus capital Minsk on Sunday and demanded the stepping-down of incumbent President Alexander Lukashenko. The protesters assembled near the president's residence, after which they peacefully dispersed.

Lukashenko, who has held the president's office since its inception 26 years ago, proscribed the demonstrators as 'rats.' "They have scattered like rats," Lukashenko was heard saying in a video clip that was published by the Belta news agency. Country-wide protests have erupted since the heavily disputed election held on 9 August, 2020.

The protests have provided the biggest challenge yet to Lukashenko's 26 years at the helm and tested the loyalty of his security forces. Minsk's streets turned red and white as demonstrators carried flags symbolizing their opposition to Lukashenko and chanted for him to leave power and for new elections to be held.

The crowd marched towards Lukashenko's residence at the Independence Palace, on the northern edge of the capital, the majority gathering at some distance, while a smaller group approached to between 10 and 20 meters of the building, a Reuters witness said. Lukashenko, a former Soviet state farm boss, was shown in state media footage flying over the protests in a helicopter before landing at his residence and emerging in body armor with a rifle in his hand.

Some protesters milling below chanted "coward" as a helicopter was seen flying out of the residence, the Reuters witness said. Later, a video circulated by state media showed Lukashenko walking over to riot police outside his residence and thanking them, eliciting an outburst of applause from security staff.

It was the first time in this month's demonstrations that protesters have neared the building's doors. The approach to the palace took place after a crowd estimated by a Reuters witness to number as many as 200,000 rallied in central Minsk for the second weekend in a row. The crowd began to disperse in early evening. Reuters witnessed no clashes with police. news agency as he flew overhead.

Belarus state television said 20,000 people took part in the protest. Earlier, the defense ministry said the army would deal with security around national World War Two memorials and issued a direct warning to protesters whom it likened to fascists.

"We categorically warn: any violation of peace and order in such places - you will have the army to deal with now, not the police," it said in a statement. "We, soldiers, will not allow these places to be desecrated, there can be no fascism there!"

Protests triggered by Lukashenko's claims of a landslide election victory on Aug. 9 found a leader in opposition candidate Sviatlana Tsikhanouskaya, a former teacher who took her jailed husband's place on the ballot. Following threats to her safety, Tsikhanouskaya fled to neighboring Lithuania.

Traditional ally Russia issued some of its strongest comments yet criticizing Tsikhanouskaya on Sunday. Foreign Minister Sergei Lavrov said her statements were directed at a Western audience. "It seems ... she has started to make political statements, harsh ones, demanding walk-outs, strikes, protests," Lavrov was cited by the RIA news agency as saying.

He described her political agenda as the opposite of constructive, focused instead on creating disunity by generating anti-Russian sentiment and squeezing out the Russian language and culture, and by aiming to join the European Union and NATO.

Tsikhanouskaya, who speaks Russian at home, has said she would like to see Belarus maintain close relations with Russia, but that Belarus should remain independent and not integrate further into Russia. Lavrov said that by calling for Lukashenko to quit, protesters were pushing for a Venezuela-style crisis.

(With inputs from agencies)