Abraham Lincoln Abolished Slavery in US; Why is His Statue in Danger Now?

Congressional delegate Eleanor Holmes Norton says she will introduce legislation to remove the statue of Abraham Lincoln from Lincoln Park on Capitol Hill. 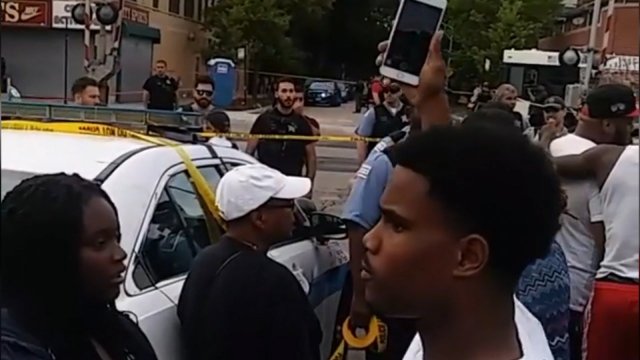 Less than a day after Washington DC police foiled protesters' bid to pull down Andrew Jackson's statue at Lafeyette Park, DC's Congressional delegate Eleanor Homes Norton has called for the removal of Abraham Lincoln's Emancipation Memorial in The Capitol. Protesters could not topple the statue owing to the high security around the structure but they have vowed to return.

American and Confederate flags were burnt by the protesters at The Capitol, where many were seen getting atop signals and various points on the street, yelling slogans and burning signboards. After the protesters warned of pulling down Lincoln's statue, US President Donald Trump termed them as 'lowlifes' and promised stringent action against them. Meanwhile, Homes explained why the statue must be removed.

A Gesture of Confession of Wrongs Done

"Although formerly enslaved Americans paid for this statue to be built in 1876, the design and sculpting process was done without their input and it shows," Homes said. In a gesture of confession over the suspected wrongs committed by the Congress back in 1960s, Homes asserted: "It's a healthy expression of people saying let's get some priorities here and let's remember the sin and mistake that this nation made and let's not celebrate it," and added that "Can you overdo it? Of course you can. I don't think we've done so in New York."

It has to be noted that soon after George Floyd was choked to death by Derek Chauvin in Minneapolis, people barged out on the streets and started vandalizing the statues of Confederate leaders. Most statues pulled or burnt or damaged by the protesters in America recently were of those men who in a way represented white supremacy during the Civil War (1861-65).

A question that haunts many minds is "Why would protesters attempt vandalizing Lincoln's statue in the Capitol, given that he was vocal against slavery and spoke for the blacks?" A look into history shows that pre-Civil War South America comprised 13 slave-holding states – Arkansas, Louisiana, Tennessee, Mississippi, Alabama, Georgia, Florida, South and North Carolina, Virginia and Texas.

Before Lincoln took charge as US President, a Confederate government was in place in 1861, which was not recognized by the Union (North America). The Confederate states went ahead and had formed militia units that helped add other states into the confederacy. However, Lincoln foiled these efforts by the Southern states as he issued the Emancipation Proclamation months after the tussle with Confederates, on September 22, 1862.

The Emancipation Proclamation sought an immediate surrender of the militia units and freedom for the African Americans and those who served the Confederates. An excerpt from the executive order issued by Lincoln, in line with what then Congress had sought, read: "An act to suppress insurrection and to punish treason and rebellion, to seize and confiscate property of rebels, and for other purposes," approved July 17, 1862, and which act, and the Joint Resolution explanatory thereof, are herewith published, I, ABRAHAM LINCOLN, President of the United States, do hereby proclaim to, and warn all persons within the contemplation of said sixth section to cease participating in, aiding, countenancing, or abetting the existing rebellion, or any rebellion against the government of the United States, and to return to their proper allegiance to the United States, on pain of the forfeitures and seizures, as within and by said sixth section provided."

In 1861, the Confederate militia units attacked the Fort Sumter in S Carolina, after which the civil war went on for four long years. Whoever went against Lincoln's emancipation proclamation and fought for the Confederates were forced to surrender. Immediately after N America won the war, John Wilkes Booth, who was a sympathizer of Confederacy, shot Abraham Lincoln in a theater. According to Booth, even as the army of North Virginia under the command of Gen Robert Lee had won the Civil War, it remained unresolved as the General of Confederate Army Joseph Jhonston was still fighting. Booth was chased for days before he was shot in his neck by one of the officials. His last words were said to be, "Tell my mother, I died for my country".

Lincoln defeated the Confederates and freed the slaves in America. However a cetury and a half later, his legacy is called into question again, with people in responsible positions demanding the removal of his statue. Homes says that the plan is to move the statue to a museum without the intervention of Congress.